ATTEND IN PERSON ​OR ONLINE!

An evening of stories told through song with two of Canada's best singer-songwriters and hosted by a Canadian Comedy Award-nominated comedian.
* Vaccine Passport and ID required at the door for in-person events.
Click here for COVID-19 protocols.
On the stage at Viral Songs are two of Canada’s best singer-songwriters, Lynn Miles and Maria Dunn. Known for creating and performing music with unbridled feeling and vulnerability, they will tell stories through songs that understand and speak truth to our lives. Each will perform one newly Festival-commissioned work. With host Julien Dionne they will discuss their literary and creative processes, and art for social change. CDs for sale, $20, cash only. 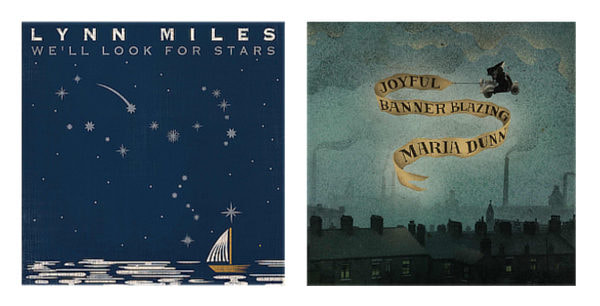 LYNN MILES is one of Canada’s most accomplished singer/songwriters with 15 solo albums to her credit. Her latest, We’ll Look For Stars, hit #1 on the Euro Americana Chart for August 2020 and earned 5-star reviews across Europe and North America. Lynn was the winner of the 2002 Juno award for Roots and Traditional Solo Album of the Year, and racked up two other Juno nominations in the same categories in 2006 and 2011. She has won multiple Canadian Folk Music awards including Solo Artist of The Year for her CD Downpour and 2011 English Songwriter of the Year, and has been nominated for Artist of the Year for the 2021 Canadian Folk Music Awards. Lynn was one half of the duo “THE LYNNeS” who in 2018 released the album Heartbreak Song For The Radio, which received two 2018 Canadian Folk Music Awards for Ensemble of the Year and English Songwriters of the year.
​
Lynn has raised over $12,000 for local charities with her “Winter” concerts every Christmas season. She was on the board of PAL Ottawa, a project working towards affordable housing for artists and arts workers in Ottawa. Lynn gives songwriting workshops and private lessons, and is recording two new CDs to be released in early 2022. For more information, visit https.//www.lynnmilesmusic.ca.​
Twice Juno-nominated songwriter MARIA DUNN draws deeply on the folk tradition of storytelling through song. Melding North American roots music with her Scottish-Irish heritage, her new album Joyful Banner Blazing (2021) celebrates resilience, grace, gratitude, solidarity, joy, and the love that fires our actions to make the world a better place. Her previous recording, Gathering (nominee, 2017 Juno Award; nominee, 2017 WCMA; winner, Edmonton Music Prize), highlights positive stories of courage and activism, both local and global. Her 2012 Piece By Piece (nominee, 2013 Canadian Folk Music Award) pays tribute to immigrant women working at a Canadian clothing factory, and her 2004 We Were Good People mines the vibrant people’s history of Western Canada in the early 1900s. Maria's other independent albums include the more broadly themed The Peddler (nominee, 2009 CFMA), and For A Song (nominee, 2002 Juno Award), both produced by Shannon Johnson (of Juno-winning band The McDades).

Maria performs at folk festivals, theatres and conferences across Canada, Europe and USA. She is based in Edmonton. For more information, visit https://www.mariadunn.com.
Canadian Comedy Award-nominated comedian and podcaster JULIEN DIONNE has toured Canada and the U.S. since 2006. Julien is on Ugly But Complicated, a 2021 Just For Laughs Originals album, available via streaming platforms and SiriusXM Satellite radio. In 2020, he recorded a French gala, Juste pour rire, at the legendary St. Denis Theatre in Montreal. He has traveled to Latvia to entertain the Canadian Armed Forces, performed at JFL42 (Just for Laughs-Toronto), the Hubcap Comedy Festival in Moncton, the Cornwall Comedy Festival, the New York City Frigid Festival, and every major comedy club from Victoria to Saint John’s. Julien has also appeared in numerous television commercials and played a lead role in the CBC mini-series Canada: The Story of Us.

Julien can be heard five days a week as host of the popular podcast The Julien Dionne Show with Jen Grant, available on Apple Podcasts, Spotify and YouTube. His two comedy albums Too Soon and Beginnings can be heard regularly on SiriusXM. He lives in Wakefield. For more information, https://www.lemonpress.ca/juliendionne/.